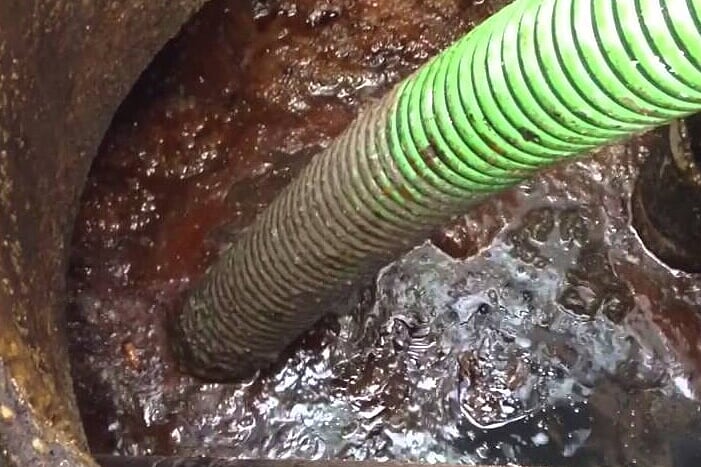 One of the first things you need to understand is that grease interceptors and grease traps are different. True, both systems are in place to carry out the same function, namely, to trap grease before it reaches the city sewer system. However, there are three main differences between the two.

The first difference has to do with the capacity of each of these systems. Grease traps have smaller capabilities compared to grease interceptors and can only hold about 200 gallons. Grease interceptors, on the other hand, can be massive and hold up to 4000 gallons of grease.

Another significant difference has to do with the installation of the two systems. Grease traps are easy to install, and the job can be completed within a single day. Grease interceptor requires underground excavation of interconnecting chambers and can take days or weeks to finish.

Considering the importance of grease traps in keeping the integrity of the city sewer system, it is best to leave the job to the experts. The quality of the installation of your grease trap or interceptor will have a direct effect on the lifespan of your system, either shortening it or extending it. If you select an experienced company to install your grease trap or interceptor, you can expect up to 85% performance compared to a mere 35% if the installation is not up to standard. Taking the “cheap” rout may cost you much more, in the long run.

Once you get the correct type of grease trap installed, the next thing you need to think about is its maintenance. The maintenance of grease traps involves both pumping and cleaning regularly. Without proper support, grease traps will soon fail, which could cause them to fill faster and overflow into the sewer system. According to top experts in the field, hydro-jet cleaning is also necessary at least once a year to get rid of the sludge stuck on the edges of the chambers.

The process of cleaning a grease trap depends on the size and type of trap you have installed. Basic units that are found underneath your kitchen sink are elementary to clean, whereas grease interceptors found underground have a more complicated process. The interconnected chambers of a grease interceptor call for specialized pumping and cleaning equipment that only professional companies possess. However, the advantage of this type of system is that it is extensive and will only need pumping about three times a year. The disadvantage with the system is that sludge slowly accumulates on the sides, edges, and bottom of the chambers, which require specialized equipment to remove.

When you make the wise choice of choosing Philadelphia Grease Trap Services to do all your grease trap pumping and cleaning, this is the process we follow:

Most grease trap service companies can accomplish the first step of pumping out grease but don’t have the equipment to remove sludge. The problem with skipping this necessary step is that the mud can eventually affect the performance of the grease trap system. If this happens, you may end up spending more on repair and replacement in the future.

Grease trap technology has come a long way from where it was decades ago. You can now find grease interceptors that can hold up to 5000 gallons of grease. Fast-food chains and other high oil consumption restaurants often use these high capacity interceptors. Since we have been in the industry for more than 15 years, we are aware of the latest models of grease traps available.

Grease interceptors use the principle of weight and viscosity, which means that the contaminants settle at different points. This allows the wastewater to continue to the sewer system while the harmful FOG is trapped in the grease interceptor. Since the rate at which the interceptor fills up depends on several factors, restaurant owners need to monitor the levels of grease continually and empty it when it reaches 25%.

Our crew at Philadelphia Grease Trap Service follows the best maintenance schedule for your restaurant so that your grease trap is always below the allowable limit. Such a plan ensures that your company is always be in compliance with the local city code. Give us a call today, and we will create a personalized program for you based on your unique business’ needs.

GET A GUARANTEED CALL BACK
FROM THE OWNER